The world has long recognized the quality of Californian wines, with Washington and Oregon also garnering international acclaim, but the wine regions of New York have remained relatively unknown outside the Eastern United States. Producing the 3rd largest volume of grapes in the country (behind California and Washington), the State lays claim to the oldest active winery in North America, Brotherhood Winery of the Hudson Valley.

New York is an exciting, emerging area for cool climate wines of freshness and elegance. The past decade has seen a groundswell of critical recognition for wines from the region. New wineries are starting to spring up, with the area boasting plenty of room for new plantings still. There has been solid investment of money and labour, and it really shows.

The man who truly revolutionized the industry here was a Ukrainian immigrant named Konstantin Frank, who arrived in New York in 1951. Frank was a professor of plant sciences, with a PhD in viticulture. His early observations were that the state boasted the perfect conditions for Northern European vitis vinfiera vines, instead of the region’s large plantings of vitis labrusca, particularly Concord (the main constituent of Welch’s grape juice and clumsy wines like Manischewitz). The proximity of the ocean and Great Lakes, coupled with a moderate Continental Climate and glacial alluvial soils, meant that if vineyards were laid out properly, magical wines could be created in an area that little was expected of. He pestered anyone who would listen, until he caught the ear of Charles Fournier, a former
Champagne winemaker with Cliquot Ponsardin, who by then had a winery in the Finger Lakes region called Gold Seal. Fournier was working with French hybrids (crossings between vitis vinfera and vitis labrusca, grapes like Vidal and Seyval Blanc). He brought on Konstantin, who impressed him with his arguments. Over the span of the next 10 years, to test his theories, Frank planted Riesling and
Chardonnay vines both at Gold Seal as well as at a small farm he hoped to one day turn into a winery. Thus began the long climb for New York State wines, from obscurity to the recognition they rightly deserve today.

Fast forward several decades, and a couple of generations for the Frank family. Dr. Konstantin Frank Winery is still pushing the boundaries of what the region’s wines can offer, with grandson Frederick Frank at the helm. Situated at the heart of the Finger Lakes region, on the south-western hills surrounding Keuka Lake, the winery has a collection of old vine plantings that few others in North America can rival. The work is done in the vineyard, with a very deft touch on the winery, focusing on food-worthy, lively wines of elegance and depth; wines that keep the palate fresh, inviting another sip.

Dr. Konstantin Frank Old Vines Pinot Noir 2017 is no exception. Grapes are sourced primarily from the original estate Keuka Lake vineyards, where shale soils provide minerality and acidity, but also from Seneca Lake vineyards, which are warmer, imparting more weight and up-front fruit. This combination of terroirs and the long, cool growing season in 2017 resulted in a nervy, mineral-laced, excellent example of Cool Climate Pinot Noir, much more Burgundy than California in style. Spending 18 months in neutral French oak to soften and flesh out, it’s a versatile charmer that is as at home on the table at a special dinner as it is in a picnic basket on the beach. The beauty of Pinot Noir, much like Riesling, is that – when given a light touch by the winemaker and allowed to show its true character – it exemplifies the terroir of the region in which it is grown. This is truly a Finger Lakes wine and a great introduction to all New York State has to offer. 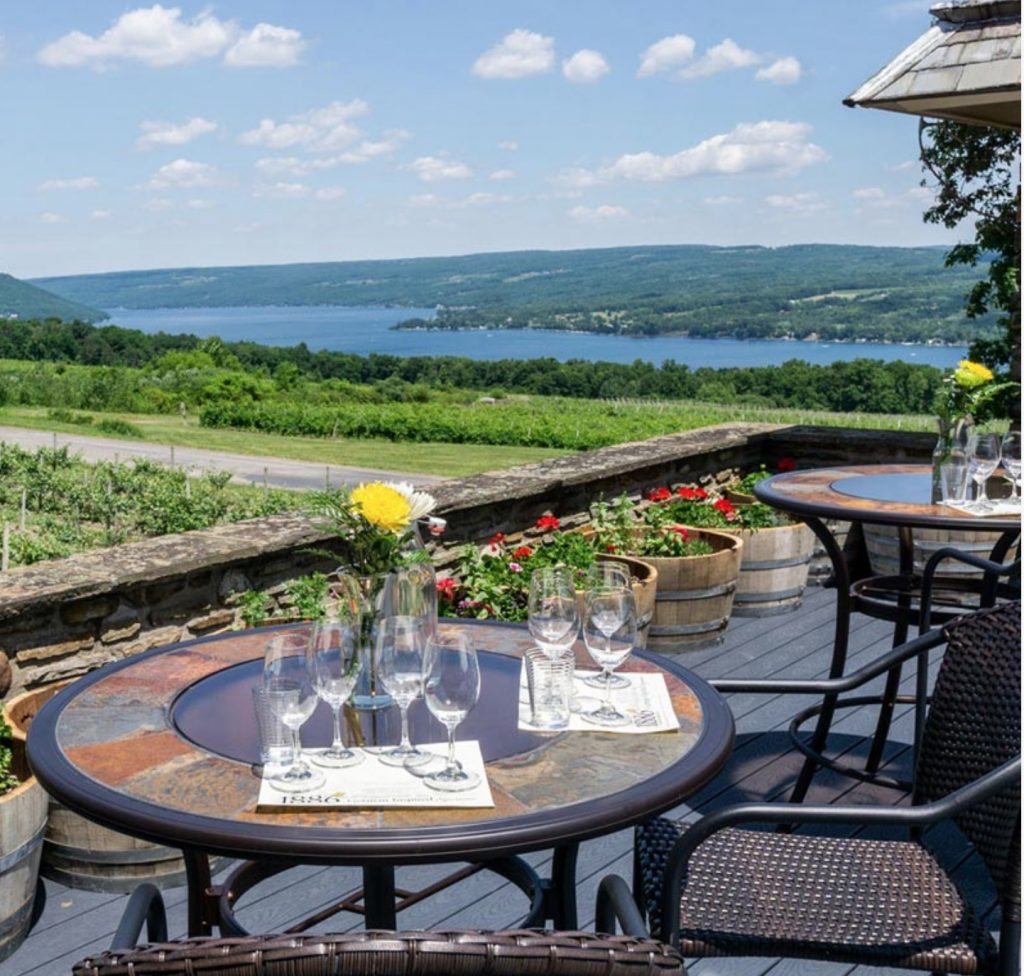