In 1990, husband and wife team Julin López and María José Peidro purchased an established vineyard in the Requena-Utiel region of Valencia in south-eastern Spain. Shortly thereafter, when their extensive studies identified that their terroir was similar to that of many of the French vineyards they frequently visited as a family, they planted several international grape varieties. Today, the Chozas Carrascal vineyard is comprised of 14 plots sitting at 750-840m above sea-level on a thick slab of limestone-based subsoil, distinctive within the region. Their climate is significantly more continental than the rest of the D.O.P., with hot, dry summer days and cool, fresh nights. The winery’s uniqueness was recognized in 2012 when it was awarded ‘Vino de Pago’ status, meaning the winery is its own D.O., separate, distinct and at the top of the Spanish wine hierarchy. To date, there are 20 Vino de Pago properties in the country, each one representing a singular identity that combines the best of tradition and modernity. The 30-hectare vineyard at Chozas Carrascal is planted with 12 grape varieties split between local, indigenous grapes—Bobal, Monastrell, Garnacha, Tempranillo and Macabeo—and widely-recognized French examples: Cabernet Sauvignon, Cabernet Franc, Merlot, Syrah, Chardonnay, Viognier and Sauvignon Blanc. These vineyards are farmed and certified organic and the wines exhibit elegant structure, intense, complex character and, most importantly, delicious drinkability. 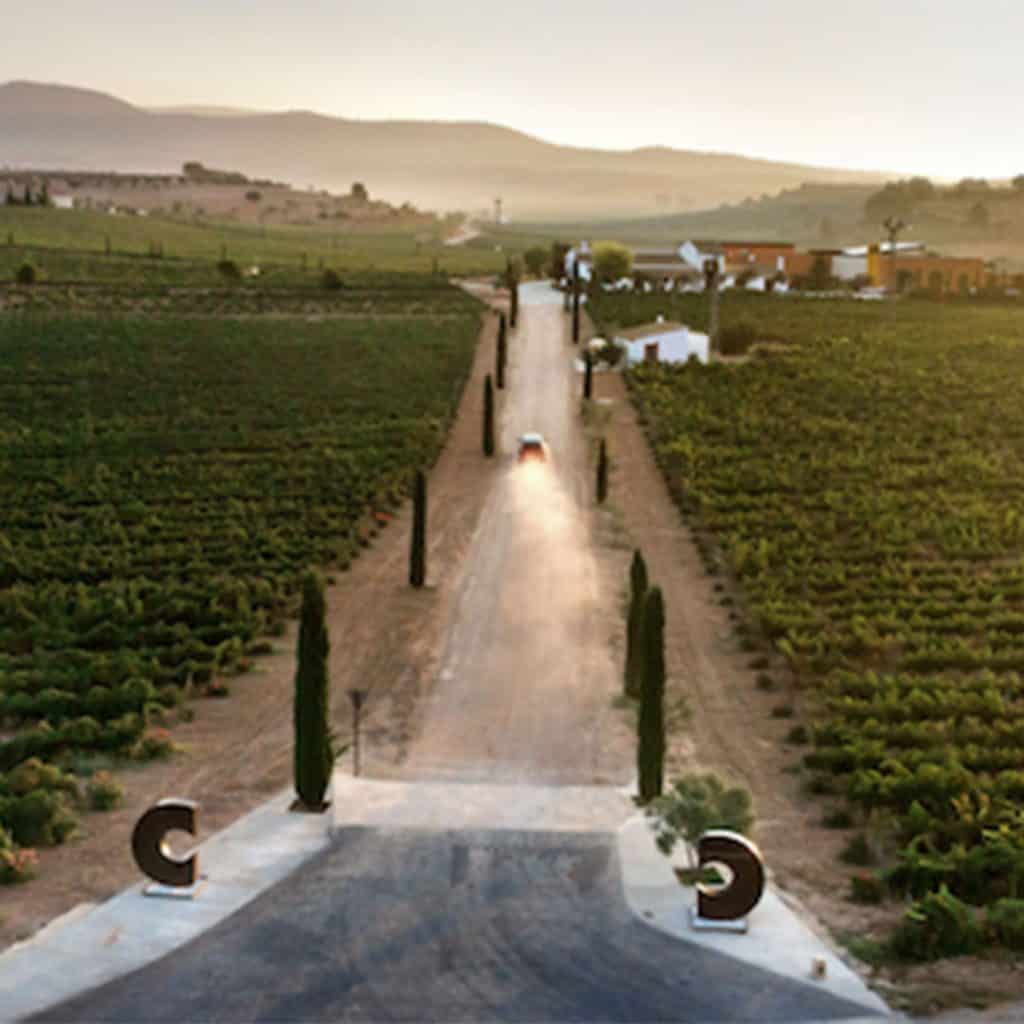